It is not an everyday occurrence that a whale shark will approach you, but when one does, you should cherish the opportunity as it is not only an incredibly humbling moment but a once-in-a-lifetime experience. Despite East Indonesia being a hotspot for whale shark sightings, these gentle giants of the sea disperse periodically in different directions, covering distances up to 1,000 miles to other temperate and tropical oceans around the world, and can dive to remarkable depths. Gentle Giants of the Sea

Because of its name, there is the tendency to think it is a cetacean animal –a marine mammal under the same order as the whale, dolphin, or porpoise. However, the whale shark is the largest fish in the world, growing up to a size comparable to a city bus. Some evidence suggests sexual dimorphism with regards to size, as male whale sharks reach eight to nine meters in length on average, while females average a length of 14.5 meters. The good thing about this is that although their size is intimidating, whale sharks are non-predatory and rather gentle. They are one of only three known filter-feeding shark species; their mouths able to stretch to four feet wide to process more than 6,000 liters of water an hour using gill rakers as a suction filter for small shrimp, algae, fish, and plankton. That being said, you might want to steer clear of direct contact with their mouths as they not only have 300 rows of tiny teeth but very strong suction power!

It is thought that less than 10% of whale sharks born survive to adulthood, but those that do may live to 150 years old. Whale sharks produce eggs, but the young hatch inside their mother instead of in the water like most fish. Although a female may give birth to about 300 life young in her lifetime, many never make it to maturity. The species is classified as endangered by the International Union for Conservation of Nature (IUCN) Red List with a decreasing population trend. Based on counts, modeled population estimates, and habitat availability, it is inferred that approximately 75 percent of the global whale shark population occurs in the Indo-Pacific, and 25 percent in the Atlantic. In the Indo-Pacific, a population reduction of 63 percent is thought to be over the last three generations (75 years), and in the Atlantic that number is more than 30 percent. Combining data from both regions, it is likely that the global whale shark population has declined by over 50 percent over the last 75 years. Major contemporary threats to the species include environmental dangers, fisheries catches, by-catch in nets, and vessel strikes from overlapping migration patterns.

Whale sharks tend to like warmer areas and are found in tropical waters all over the world, making the waters of East Indonesia a perfect habitat, in particular the waters of West Papua. This area is home to a wider array of marine creatures than anywhere in the world, boasting 75 percent of all the world’s coral species and more than 1,700 species of fish. In 2013, the species was declared a fully protected species through a Marine Affairs and Fisheries Ministerial Decree, although the low level of awareness of the shark’s protection status, as well as weak law enforcement results in some cases of non-targeted catch. However, this is changing with the education of local stakeholders and research programs in the region with tagging procedures and fishing gear modification.

Local fisherman call Conservation International scientists when whale sharks are inadvertently caught in their nets, then tagged with a satellite transmitter that tracks their movement over a period of two years. Data is related whenever the shark’s fin breaks the water’s surface.

Findings from these tagged specimens show that whale sharks are not as migratory as previously believed as they often return to ‘home waters’ in a matter of weeks, going away for unknown reasons. Health exams and blood draws are also conducted to endure animal welfare during tagging research – with a critical concern being microplastics. As whale sharks are filter feeders, they are more likely to accidentally absorb small microplastics.

How to Find Them

Most whale shark sightings occur at a small number of known coastal feeding areas for the species, where the shark aggregate on the surface to exploit seasonal products such as fish spawning or zooplankton blooms. As such, whale shark tourism has become a lucrative business in Indonesia, increasing the income of local communities like that of Teluk Cendrawasih National Park and Saleh Bay. Here, tourists are able to swim among the whale sharks, however, the code of conduct for interacting with them must be respected. 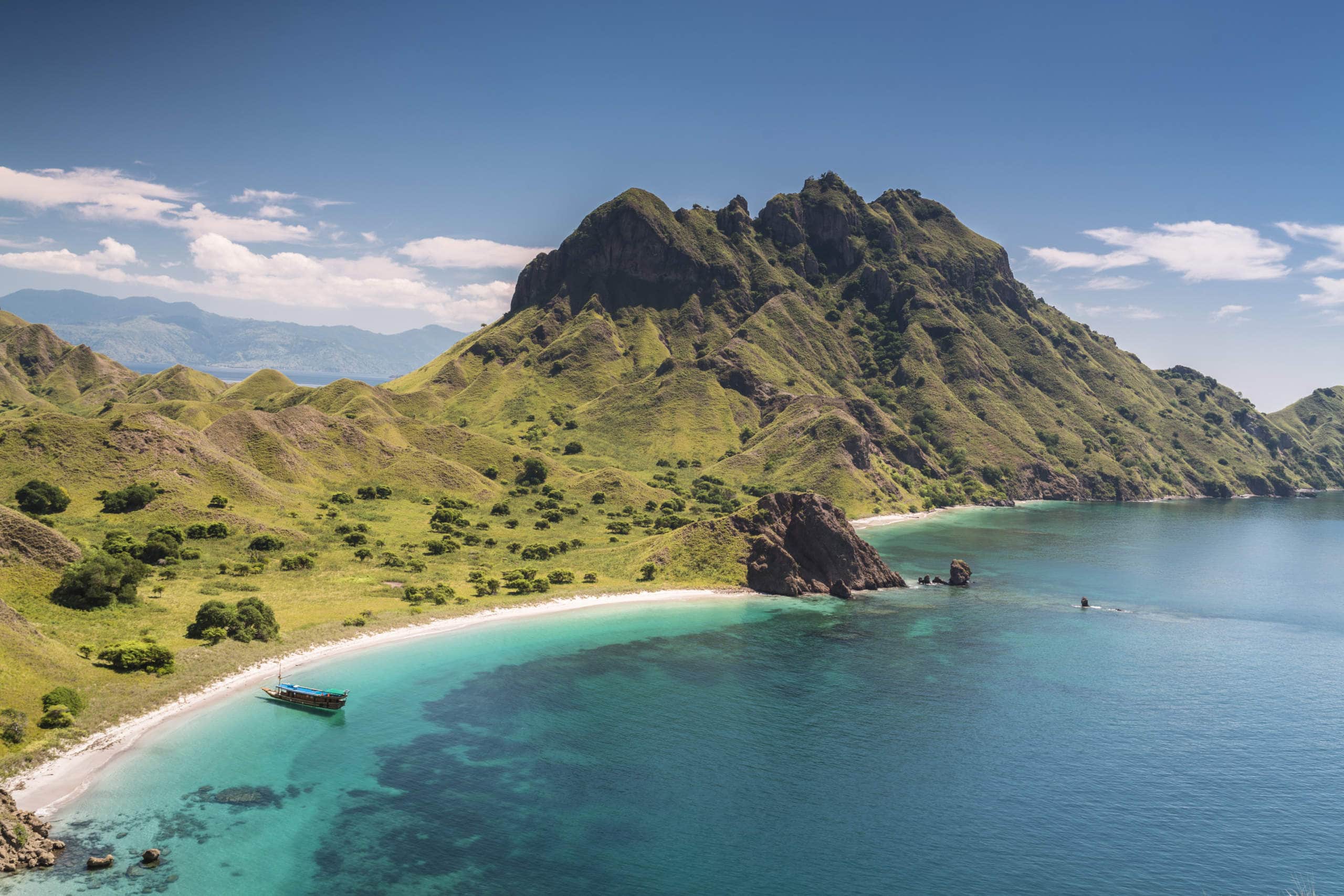 If you do swim with whale sharks, here are some pointers so as not to endanger the animal. Under no circumstances should you touch, ride, chase or harass them, instead allow them to swim normally and keep a distance of at least three meters from the head and four from the tail. If you would like to take photos, ensure that you do not use equipment that could disturb or harm them like flash or underwater scooters.

If you are photographing them, keep in mind that you could help in adding to a global photo-identification library and visual database of whale sharks that identify them based on their skin patterning just behind their gills. Like human fingerprints, this unique pattern of spots allows individual sharks to be identified. Whale shark researchers have utilized specialized computer software originally designed for star mapping to identify individual whale sharks from photos taken by scientists, researchers, divers, local fishermen, tourists, and other citizen scientists. Wildbook for Whale Sharks ensures we can follow these whale sharks past their adolescence; this way any shark in the database can be tracked if they show up in Australia or the Galapagos Islands, or any other part of the world.

For more swimming-type activities, you may be interested in swimming with stingless jellyfish. Book our Aqua Blu expedition to Komodo National Park where you may have the chance to swim with whale sharks. Rates start from USD$ 7,525 per person for a seven-night itinerary. Book now or contact our reservations team for more information.

On the Edge of Wildness: NIHI's James McBride
House & Garden April May 2020 Issue
Swimming with Jellyfish in Misool's Hidden Lakes